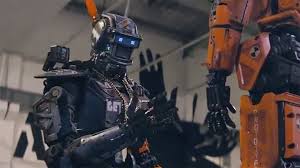 Three and a half stars out of five

Infused with ambient paranoia, apocalyptic imagery and an overall sense of social collapse, Neil Blomkamp’s movies operate in a familiar science-fiction setting, but they feel significantly different from Hollywood spectacle.

Where the likes of Lucas and Spielberg find ways of affirming all-American value systems through hero-centric stories, Blomkamp doesn’t seem at all interested in themes of god and country.

If anything, the South African filmmaker (who makes his home in Vancouver) focuses on the opposite: He ignores the grand rhetoric of the visible and the valued in an effort to hear the slang of the common folk.

In his brilliantly bleak feature debut, District 9, Blomkamp re-invented the alien invasion theme by weaving it into Apartheid metaphor, and in the somewhat less successful Elysium, he gave us Matt Damon as a human slave struggling to stay alive in a world ruled by an off-world elite.

Blomkamp’s heroes stand in opposition to the established order to make us question accepted ideas, and Chappie may present his biggest challenge to date.

A hacked version of Robocop, Chappie takes place in the not-too-distant future, when violent crime has gone viral and police resources are too stretched to contain the chaos. The only difference is we’re not in Detroit, we’re in Jo-burg, one of the most violent cities on the planet, with a current murder rate of about 50 a day.

In this dystopian take, the rate is 300 murders a day, which explains why the Johannesburg police department placed a big order for ‘scouts’ – nimble robots that can shield their human counterparts and intimidate thugs.

Deon Wilson (Dev Patel) is the computing genius behind the Scouts, and at the moment, he’s the apple of boss Michelle Bradley’s (Sigourney Weaver) eye. But Deon has a hater lurking in the back cubicle: A buff jerk with a chip on his shoulder and a failed design named Vincent (Hugh Jackman).

His mullet alone is enough to make him suspect, but Vincent’s “Moose” – a hulking killing machine on two legs – is a testament to his villainy.

It’s no accident the Moose droid looks a lot like the ED-209 from Robocop. Blomkamp has created a conscious nod to Paul Verhoeven’s visionary masterpiece as well as Ridley Scott’s seminal Blade Runner in both mood and story, but he doesn’t really add much to the discussion.

The twist in Chappie is Scout 22: a police droid destined for the scrap heap, but salvaged by Deon to test a consciousness logarithm. Scout 22 is given a new set of operating protocols that essentially make him ‘human,’ but humanity is the one concept that has absolutely no monetary value in the near future. Kill percentage and overhead are more important, which places Deon in moral opposition to the dominant power.

Interestingly, he finds unlikely allies in a small clutch of criminals desperate to pay off a bad debt. Lead by Ninja (Ninja) and Yolandi (Yo-landi Visser), these ‘bad guys’ abduct Deon, steal his newly programmed police robot, and turn Scout 22 into Chappie.

They just wanted a new weapon to use in a heist, but as they teach Chappie the ways of the modern warrior, they’re exposed to high doses of human emotion because Chappie assumes the role of foundling son.

Played by Sharlto Copley, the fierce talent behind District 9’s central ‘prawn,’ Chappie worms his way into our hearts for a few reasons: he’s vulnerable, he’s a black sheep outsider, he moves like a human child and he’s got antennae ears that give him the erect profile of a mechanical Bugs Bunny.

Given he’s the product of coding and performance-capture technologies, Chappie proves a compelling central character because he represents the basic human experience stripped down to the chassis.

The surrounding human characters are a little tougher to embrace because they’re all contaminated by the malware of greed and ego, but that’s what makes the movie fun.

Jackman provides the most entertainment as the modern version of Robocop’s Dick Jones. Dressed like a mercenary Boy Scout and basting in professional jealousy, Jackman’s character embodies the very worst of human traits while Deon and his love of art and creativity symbolize the very best.

It’s a great dialectic, but Blomkamp fails to shape the core story into something truly original. The drama always feels a little too derivative, and the tone a little too self-conscious to pull us out of our collective sub-routine. It’s programmed to elicit human emotion, but it’s the programming we feel – not the feelings.